In anticipation of Ronald D. Moore's upcoming Sci-Fi show Helix and looking further forward to the recently green-lighted series adaptation of Diana Gabaldon's Outlander saga, I'm reviewing his most significant works to see what may be in store for fans of the Star Trek alumni. Before we continue however, I will quickly mention that I am in no way intending to take away from others who worked on the various shows discussed below or crediting all the success purely down to Moore's writing and producing. 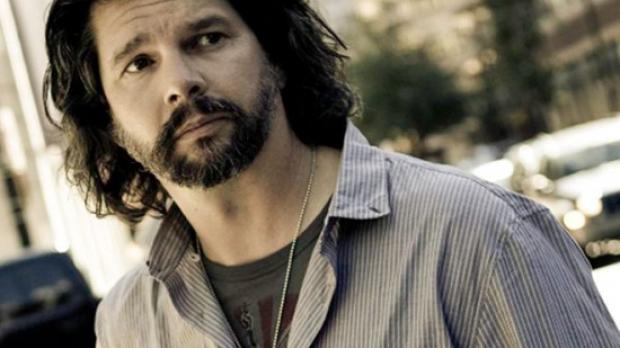 When Ron Moore joined the writing team on Star Trek: The Next Generation under Michael Piller, penning a charming little season 3 episode, The Bonding, who would have known that his work would become central to the Star Trek ethos for many years to come. Other than being credited with classic The Next Generation episodes such as Sins of The Father, The First Duty and Tapestry, Ron Moore became known as "the Klingon guy", developing their culture to something much more interesting and complex than the two dimensional villains they'd previously played. On the big screen, Moore also lent his talents (along with Brannon Braga) to two of the The Next Generation feature films, Generations and the much loved First Contact as well as working with Braga on the brilliant The Next Generation finale All Good Things.

I hadn't realised at the time but as Deep Space Nine was becoming my favourite of Star Trek series, Ronald D. Moore was working behind the scenes to leave perhaps his greatest mark on Star Trek. The show, which crossed over the end of The Next Generation and the start of Voyager, based controversially on a space station, was ironically, the best vessel for Moore to explore themes which encompass his best work; religion, war and politics. Deep Space Nine was a very different Star Trek series from all the others which came and went around it. Moore firmly believes that the best way to make a spin-off was to make it very different from it's mother series, and this one certainly was. Rooted in an old wild west style frontier town in space, at the centre of much activity and explored a grander universe than any other Star Trek series because it was able to play with extended story arcs, re-occurring larger than life characters and topics so often avoided in Star Trek universe such as religion. The loophole, so to speak, was the use of alien races to mirror our present day humanity. Ira Steven Behr led his staff to darker places than Star Trek had ever gone before, in a true frontier setting, surrounded by species who challenged the enlightened Star Fleet officers with ideas that constantly reminded Commander Sisko and Co. of things humanity had tried to leave behind.

By the end of Deep Space Nine and with little involvement in Voyager, Moore's relationship with Star Trek had essentially come to an end. Star Trek as a television franchise was all but over soon after with the demise of Enterprise. Despite being such an important part of one of the most beloved television franchises in history, Moore really made his mark on Science Fiction culture and perhaps reached a wider audience with his re-boot/re-imaging of Battlestar Galactica. As I watch the show from the perspective of a Star Trek fan, I see many parallels between Deep Space Nine and Battlestar Galactica with it's dark themes, grim military nature, complex characters and religious undertones.

Fan boys applaud the show's grittier edge and more human conflict than ever delivered by Star Trek's squeaky clean Star Fleet personnel. However, things are not so simple. Personally I find more inner turmoil within Sisko's decision making processes during the Dominion War arc, as he goes against everything he and his entire human culture believes ethically. In Battlestar Galactica, the characters will always make the so called hard decision, because they come from a grim military past and are already war hardened from the previous Cylon uprising. Much like present day humans, the protagonists in Battlestar Galactica are more self serving and outwardly passionate than their Star Trek counterparts. Compromising a Star Fleet captain, such as in the episode "In The Pale Moonlight" seems much more significant in the wider context, however let's take nothing away from Battlestar Galactica which did earn Moore a Peabody Award.

Where Battlestar Galactica does excel is it's engrossing story arcs about survival, complex character dynamics and pure human drama with writing that transcends cliche science fiction tropes and idioms. Moore created a drama series and wrapped it in a science fiction environment to heighten the stakes (the survival of an entire species). Caprica, it's prequel, grounds itself more literally by actually grounding the characters on an earth-like setting, unfortunately it didn't hit the same heights as its predecessor. It was commendable to go in a different direction with Caprica, rather than making a clone of the original and there was an element of risk in trying to broaden the audience and gather a female following in a genre which is essential male-centric. This of course, was all done without compromising the story telling and at the core, Moore is a fascinating and fantastic story teller.

Personally, I believe Moore's best work has come within the confines of an existing universe, with Star Trek, he was more hamstrung but it got him being creative in terms of bringing out the drama, whereas in Battlestar Galactica, more liberties were taken with canon and essentially, the reboot is able to play by it's own rules. Helix looks to be it's own original thing entirely, The Thing meets X-Files is what I concluded from the short teaser, and there hasn't really been a good horror/science fiction series since the X-Files and long overdue. Helix looks also to be a twisted and refreshing take on the popular hospital drama genre so prevalent in mainstream television. With the adaptation of the Outlander book series, Moore is taking on a series that will have an existing fan base (which he is part of) and though not exactly the same situation, does draw parallels to when he joined Star Trek. No doubt trying to cash in on the popularity of Game of Thrones, this fantasy epic might end up being Moore's magnus opus... time will tell...