Mock Design: The Trend of What Might Have Been

Sometimes the existence of Blurb Hack is questioned, here is my response. In recent years, more and more in different corners of the web, a trend is emerging where professional graphic designers are fulfilling their fantasies to a degree by designing and showcasing concept artwork for fantasy briefs. As most of us started our love for design by designing album covers or bill posters, there is a sense of revisiting the days before commercial realities start jading and complicating our love for the trade.

With my concept covers on Blurb Hack, I try to visualise the theme, tone and plot of a book in it's most simplistic form. The best example of what I strive for would perhaps be this cover concept for Frank Miller's 300 where I purposely omitted the title as I believed it is surplus to requirements. 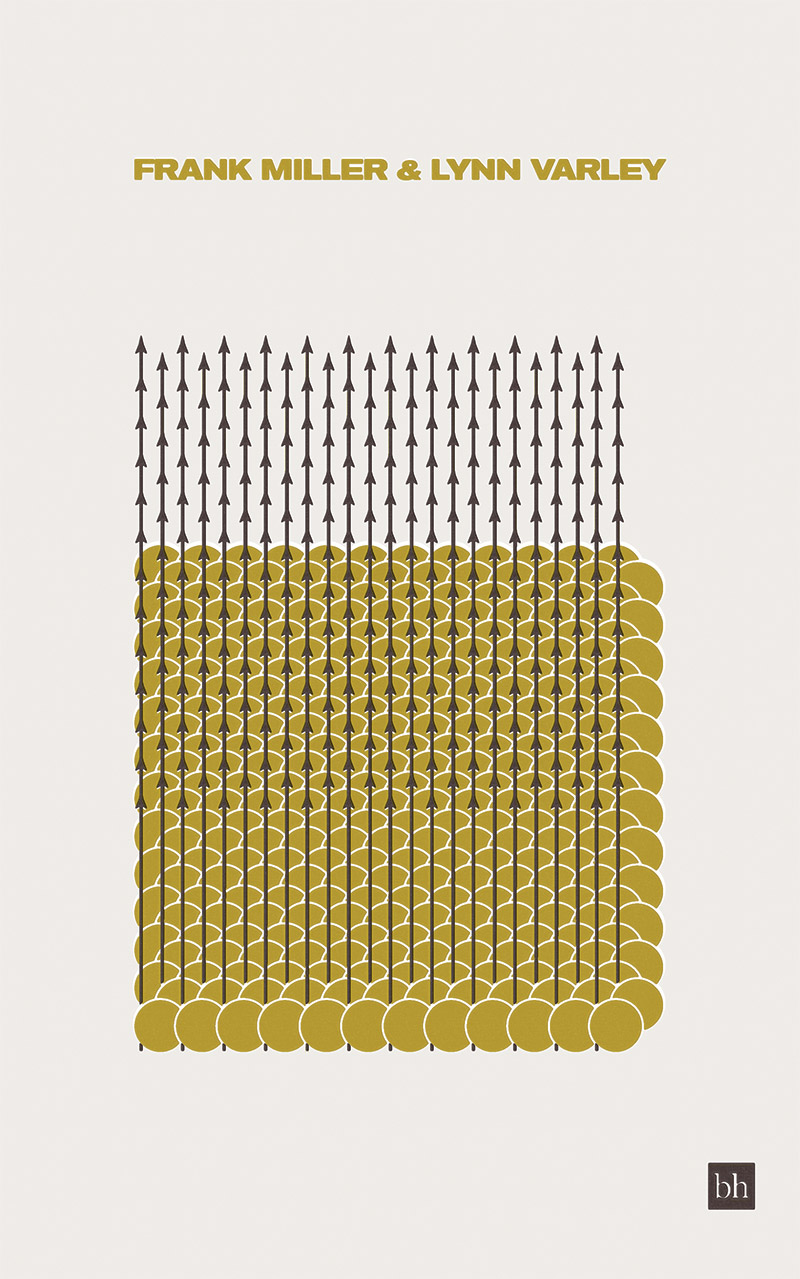 Dennis de Groot's book Bare Essentials can take some credit as can a story Chip Kidd told at a talk in which his mentor taught him, "either say apple or show an apple but never both". I can say that Blurb Hack owes a great deal to Chip Kidd in terms of inspiration and also approach to concept over form.

Overall running a blog of this type has benefited my professional career in recent times, revitalizing my creativity and is certainly good practice from a design perspective. Each cover concept is executed quickly as an exercise to keep my creative skill up and doubles as liberation from the daily challenges of commercial design work. Most importantly of course, it's all good fun, I even have been contacted by some of the authors thanks to social media, one of them, James Gracey, even purchased the notebook I made available with my cover concept of his Dario Argento biography.

So, much like I produce mock concepts for the books as I review them, the web is filling with artists producing clever and professional mock design work. The style almost always reflects a minimalist or retro tone. Whether it's a Saul Bass inspired alternate title theme for Dexter by Ty Mattson (see above) or "what if" scenarios like these retro paperback versions of comic books by British Designer Steven Finch which include these ones I absolutely love, especially for The Fantastic Four. 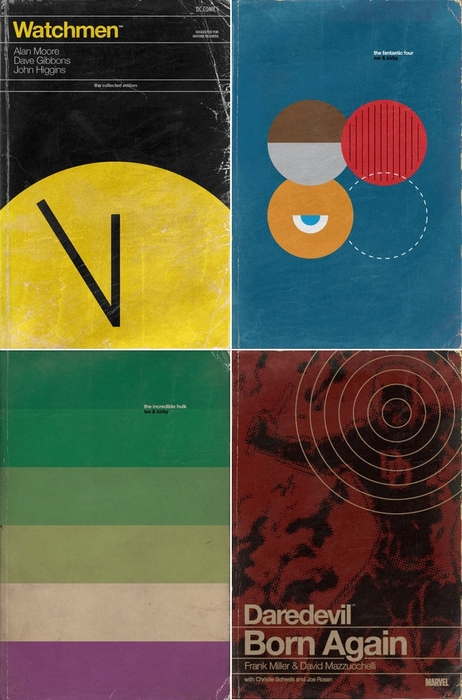 In some cases, those designing this mock concepts are taking a very serious approach to their fan art, like these from the "I Can Read Movies Series" by Spacesick. Here are a few examples: 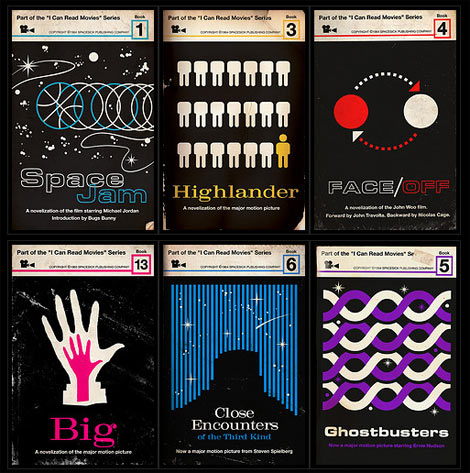 Others are being a bit more cheeky, like these "what if" scenario posters showcasing what today's movies might have looked like if they were released in another era which is an ongoing collaborative project kicked off by Sean Hartter. My favourite is perhaps this one for Drive by Peter Stults: 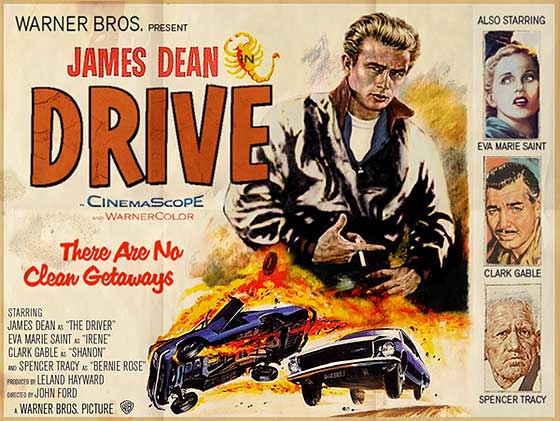 I always point to Penguin as a company that has used good design foundations as the basis for making simple paper back books objects of desire. In recent years a revival of design aesthetic of this retro type has inevitably become commercially viable in the collectible market. A perfect example is this set of special editions DVDs released with slip covers featuring the artwork of artist Noma Bar include the perfect depiction of Rambo with clever use of the iconic knife. 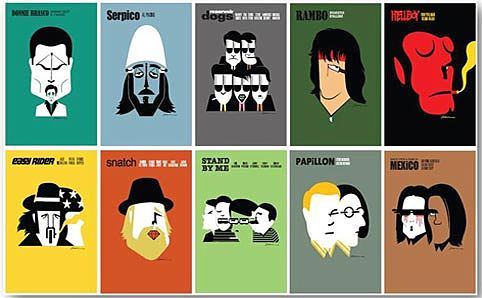 I recently ordered a copy of Star Trek: The Art of Juan Ortiz in which we are given a 60's styled poster for each episode of Star Trek, The Original Series. His designs have been featured on startrek.com where t-shirts have been made available featuring the prints. Each poster perfectly sums up an aspect of the episode with a visual tone inspired by the graphic style of advertising at the time. The book features an interview which gives good insight into his inspiration and stylistic choices as well as a rationale for each poster. One of my many favourites is this one for The Paradise Syndrome: 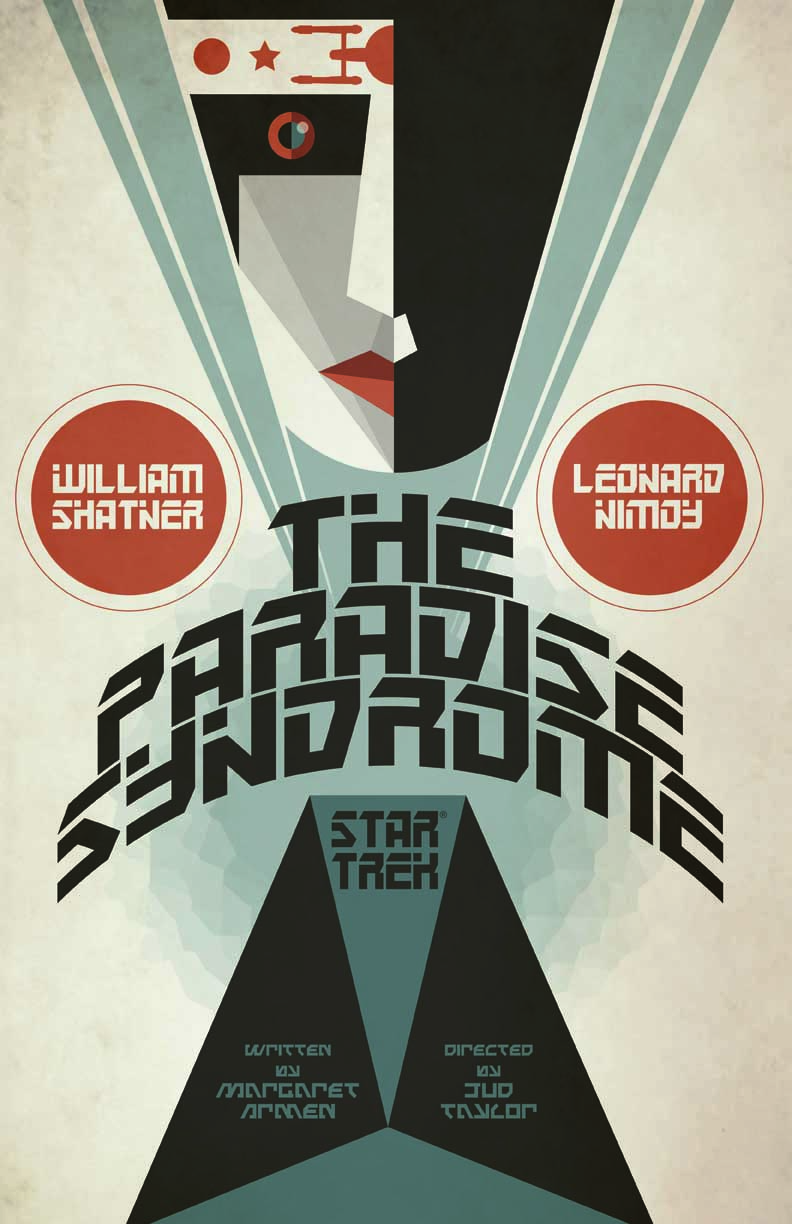 In conclusion, I find it interesting that the medium which is most responsible for killing the print medium, is the same which is allowing these artists to pay homage and for the revival of it's interest. As I previously wrote about in more detail in my spowt, Print Is Not Dead; Blurb & The Digital Revolution, the days of mass produced works may be in decline, however the overall interest in classic design and decorative pieces will ensure the actual art of "print" never really dies, even if you're enjoying it on a digital display.

A space for grammatically erroneous misinterpretations of classic and contemporary literature... with some nice pictures.