We Can Reboot It For You Wholesale

As I watch J.H. Wyman's Almost Human starring Karl Urban and Michael Ealy I see a narrative and visual style inspired by dystopian sci-fi movies from the 80s and 90s adapted for a new millennium. Reflecting concepts from Demolition Man, Strange Days, Blade Runner, and son on, shone through a modern lens.

Almost Human is the perfect representation of what I expect those trying to recreate Judge Dredd or RoboCop-esque type stories—for new audiences—to produce. With the show depicting a realistic (if heightened) future, set with interesting characters tackling serious themes in the guise of a buddy cop action crime show. Its most endearing quality is that like most classic dystopian Science Fiction, it is able to transcend its own genre and work on multiple levels; ranging from satire, action and crime drama. Therefore, it raises the question; if this type of great work is capable, why are wider audiences continually presented with re-hashed, poor imitations of better works when it comes to the big screen? 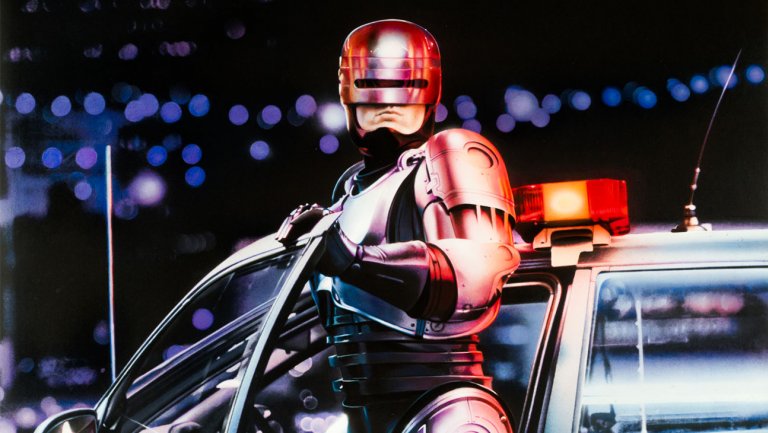 For every indie hit such as Moon, Looper or Her, we Sci-Fi buffs are targeting with countless remakes and reboots which first make us cringe, then worry and ultimate give a go to, only to be disappointed more often than not.

To avoid confusion, from here on end, my definitions of the words reboot and remake are as follows:

The lines between the two are being blurred as sometimes an old single film is being re-made in the hopes of creating a franchise from the existing brand name and there are other scenarios, such as shows like Star Trek: The Next Generation, that was technically a “Spin-off”, did intend to “reboot” the franchise for a new audience and consequence led to a massive franchise. However narratively they didn’t restart the Star Trek universe, it instead lived in unison with the characters from the original series and movies.

Now. I'll admit, there are valid reasons for remaking a movie, be them artistic or financial. Some of my favourite films are infact remakes; The Thing, The Fly, The Departed... you see the pattern... they all start with "The" ... expect "Cape Fear", also a remake.

In all seriousness, re-imagining a tale is very much acceptable and often relevant. On closer inspection of the films mentioned however, a few key things are noticeable. For Instance, John Carpenter’s, The Thing was re-made many years after the original and in a very different era of film-making, so different that it is more adaptation than re-make. In the case of The Departed, Martin Scorsese re-told the story for a different audience, adapting it from a Japanese movie and opening it up for an American mainstream audience.

In all these cases, the issue wasn't whether or not they were remakes, the issue was they were very well crafted movies with their own distinct style and tone which captured the imagination of a new audience. Another example of this would be the way Boardwalk Empire is handling a similar tale to The Untouchables.

So with all this in mind, I will now being examining the recently released Robocop in which I believe the intention is to reboot the whole story and re-create a multi-film franchise (provided this first one is successful). Interestingly Paul Verhoeven's cult classic is the second film in the past few years to be re-imagined which serves little but to discredit the validity of the Dutchmen's work, it’s continued relevancy and all round “hold-up-ability”. The first being the drab Total Recall (2013) starring Colin Farrell, which was as by-the-numbers as it gets. The Arnold Schwarzenegger mid-90s gem is packed full of weird and wonderful movie making concepts with a twisted plot and intelligent comedy.

Verhoeven can and should by now be considered a visionary filmmaker and has been quite prolific throughout his career in bring iconic scenes to the silver screen, whether it be a Sharon Stone’s interrogation from Basic Instinct or his use of in-movie propaganda advertisements, used to great effect in RoboCop and Starship Troopers. It’s a shame that someone whose work has infiltrated pop culture so often is having his works watered-down 1 by 1 by Hollywood with sub-par films that have none of the inspirational film making concepts he is so well known for.

At a glance, RoboCop (2014) seems a better looking film than the original yet put in context, it's just another dime a dozen Sci-Fi action fest with film making techniques you’d expect from a contemporary film. When I noticed it was being directed by José Padilha who is responsible for Bus 174 and Elite Squad, two Brazilian films I had enjoyed for their interesting style. One a documentary and another a narrative driven film with a realistic feel (think End of Watch), I was going to give RoboCop a chance. I figured the best person to tackle such a movie was someone who had brought the sort of gritty violence and harsh reality to film required for RoboCop. If he could bring the sort of sensibilities from Elite Squad to RoboCop, we’d be in for something fresh and worthy of the name.

Disappointingly, though it is sleeker, with updated special effects and flashier technology, none of José Padilha style shines through - and the most curious story breaks are Samuel L. Jackson’s Novak segments which are borrowed from Verhoeven’s film anyway.

The original Robocop film was breaking ground with extremely iconic visuals, costumes and blockbuster action. RoboCop entered pop culture across all age brackets as soon as it was released and held up for years (and still does) by working as an adult action film as well as a childhood hero all in one. I can’t imagine this new film will leave such a mark.

José Padilha’s version of RoboCop has none of the subtle satire and none of the over the top violence, instead it holds a steady line with safe rubber CGI action sequences and on the nose socio-political commentary. Overall the movie seems to take itself too seriously but fails in the end because Joel Kinnaman can't deliver the complex character with what he's working with and Michael Keaton is too likable as the villain. Worst of all is the film's attempt to lighten the mood with half-arsed comedic contrasts such as the poor use of Jay Baruchel’s marketing schemes and Samuel L. Jackson's Bill O'Reilly impression. The films most memorable moment was the use of Focus' Hocus Pocus during the training scene, which is just the sort of name-drop referencing people use nowadays to validate their own lesser works.

In terms of character arcs, the protagonist in both movies, Alex Murphy, has a distinctly different time of things. In Paul Verhoeven’s film, the stoic cop is brutally murdered, declared dead and used as the basis for RoboCop. The cyborg is all business when he arrives and Peter Weller does an amazing job of becoming a robot (no CGI) with his face covered for most of the movie. His arc is to find his humanity again, buried beneath steel and circuitry. With the help from his spunky street smart partner Willis, he fights crime, kicks arse and delivers some classic one liners. It is important to note that at no point in RoboCop does Murphey look like he's comfortable as he stomps slowly and clumsily through Detroit. This helps to illustrate the double edged sword of what it means to be the powerful cyborg.

In the remake, Alex Murphy’s humanity seems to have never left him, even in the scenes where Gary Oldman’s character explicitly tells us so. The poor acting here is obvious since the film makers are having to tell the audience what should be visible. Joel Kinnaman’s refusal to keep the visor on (as it impairs his acting apparently) for most of the film breaks the illusion that we are supposed to be watching a cyborg and not a man in a robo-suit. In the end, there is no real arc. Murphy wakes up a man in a robot suit and ends up a man in a robot suit.

The real concerns however are not necessarily these changes, but the formulaic executions. The lack of true creativity and imagination being shown by Hollywood in general is typified here. RoboCop was an iconic cyborg in Verhoeven’s version. We'd seen nothing like it before. I remember as a child how cool the holster calf was, who didn’t pretend they had their own back then! Padilha’s new "tactical” version looks like something out of the recent G.I. Joe movies... or some other movie I can't remember... Joel Kinnaman looks too comfortable, smoothly gliding around in what looks like a fitted suit rather than an uncomfortable robot body.

There is a director doing a better job of creating Verhoeven inspired science fiction movies and that is, Neill Blomkamp whose District 9 and to a lesser extent Elysium are marvelous examples of films filled with interesting characters and black comedy. His disfigured protagonists mirror many of Verhoeven’s heroes and his satirical yet extreme outlook at our current sociopolitical climate through a science fiction lens ultimately serves Hollywood better.

Producing under-cooked and safe reboots and remakes, though financially sound, blocks movie history and encourages young film fans to look no further back than a few years for inspiration. Whether intending to or not, a remake essentially discredits the original film’s present day relevancy. Audiences are essentially left short-changed, as they watch a forgettable RoboCop overwrite it’s original whilst adding nothing to the pop-culture tapestry but the ongoing example of self-referential curation rather than creation.

P.S. Whatever happened to:

... and bonus points if you know who and what Paul Verhoeven was winking at there...