The Orville; carrier of the Trek mantle

As the end of Season 2 of The Orville approaches and with no news as to whether or not there will be a Season 3—due to Disney's recent takeover of Fox—I keep my fingers crossed that Seth MacFarlane's homage to Star Trek stays with us for a while longer.

Seth MacFarlane has proven to be a huge fan of Star Trek, in particular The Next Generation and appeared in some of the special features on the Star Trek: The Next Generation blu-ray re-mastered editions. Such as in the audio commentary for the episode Cause and Effect—along side writer Brannon Braga—where he bemoaned that shows are no longer lit the way they once were; brightly and front on.

While Braga admitted it was a style of television that was perhaps dated, MacFarlane believed that there was still a place for the type of television Star Trek once was, and with The Orville, he's proving why. 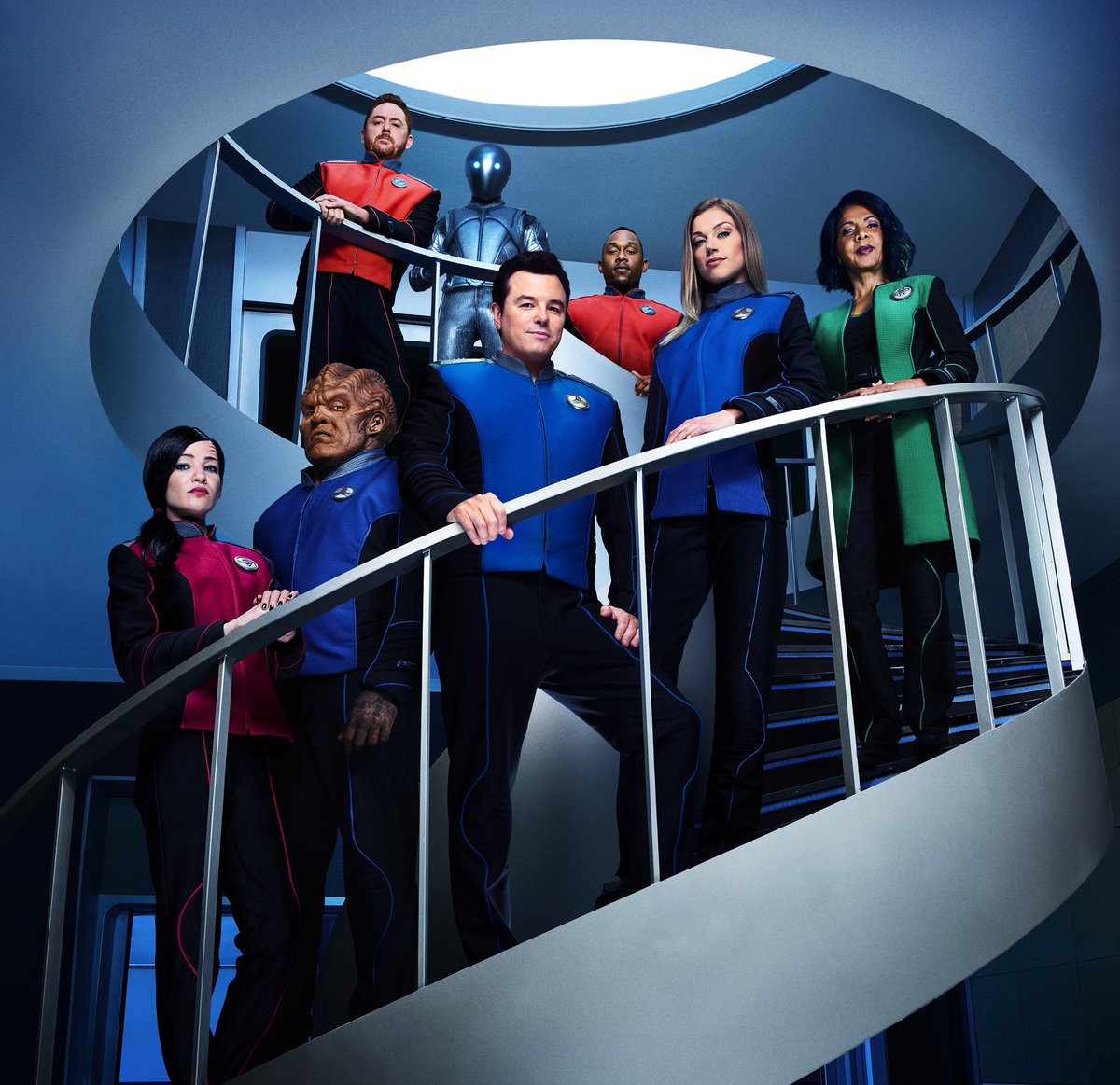 In the era of peak long-form narrative television, Seth MacFarlane's latest television (ad)venture opts for a stand-alone, morality play, episodic format and with it The Orville is filling a void for those who grew up loving the type of show Star Trek was. This is of particularly relevance now, as Star Trek itself, since 2009 has become (or at least attempted to become) something else, striving to appeal to a broader audience. Broader that it ever had in it's min-90s prime as a niche product.

The Orville makes no attempt to hide its "Trekkiness", The Orville itself is the USS Enterprise, The Union is The United Federation of Planets, Captain Mercer; a cross between Kirk and Picard and so on. However, its similarities to Star Trek are not limited to the colourful uniforms or brightly lit corridors. MacFarlane has also brought in many Star Trek alumni, in front of and behind the camera, from Brannon Braga, André Bormanis, Jonathan Frakes and Penny Johnson to name but a few.

The Orville's real Trekkiness shines through in it's writing, and though leaning comedic, still strives to give audiences something to think about each week. Using alien worlds and cultures to ask question about where our present day behaviours may lead us; such as if our obsession with social-media will develop into a literal court of public opinion one day?

Each week, in one way or another, The Orville examines how we might bring different cultures and ideologies together by finding common ground so we may move forward together in pursuit of a common goal? It asks whether it is for us to interfere with the cultures of others, and judge them by our own standards? Doing so in a manner similar to Star Trek, without preaching but rather facilitating and allowing the viewer to determine or question their own views. With all perspectives presented, The Orville more often than not is able to squeeze out of a rock and a hard place but presenting a third option.

The more I watch the show, the more I'm convinced that Seth MacFarlane pitched a comedy along the lines of Galaxy Quest in order to get the show made but always intended to tell more serious stories. The show began with a bit of a goofy premise and after the pilot I was a little skeptical. Yet it has since both improved and taken a more serious approach with its storytelling. The tone—while remaining light-hearted—is less silly than in its early episodes. Season 2 in particular has tackled more adult topics and given its characters much more serious consequences to their decisions. The comedic elements have also steadily become more relevant to the story and heart-felt, such as the use of Dolly Parton's Working 9 to 5 in last weeks Sanctuary, whereas early on in the first season, the comedy was at times goofy and out of place, often breaking good tension.

It is often cited that there was franchise fatigue for Star Trek in the early 2000s however The Orville has come along years after that fatigue has worn off, especially now that Star Trek itself has taken a darker, subversive turn with Discovery. Fans of old are offered a throw back with The Orville and its 90s sensibilities are a great juxtaposition to the general tone of adult television at the moment. While it could be argued that television has never been better, it's also becoming a burden to keep up with all the long-form drama available.

So, while The Orville is much more light-hearted than even Star Trek: The Next Generation, it is effectively tackling important sociopolitical issues with its morality play approach. A breath of fresh air in today's television landscape and worthy successor to Gene Roddenberry's vision for the future.