I recently participated in the crowdSPRING project to design a logo for Goal.com. 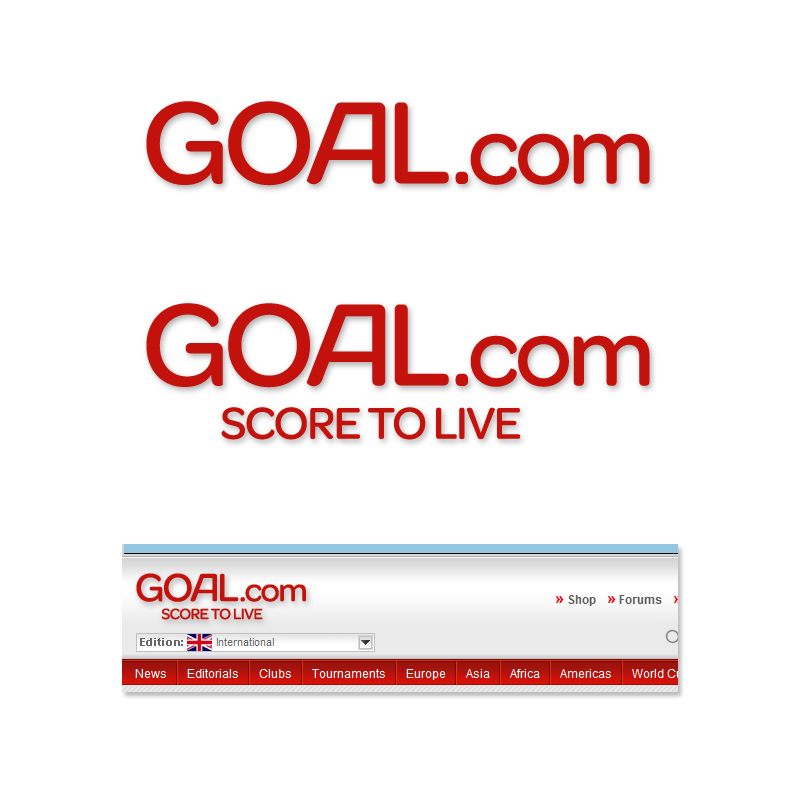 The concept behind my logo came from the frame of the football goal itself. The A in the word Goal has been changed from the font's natural A to represent the side of the goal (between the post and the rear of the net).

The font used, Omnes, with its rounded corners also supports this motif. I've taken a subtle approach to the logo's design to best represents the websites high standards and professional image. I've intentionally avoided cliche and over used motifs and symbols such as soccer balls and pentagon shapes.

I hadn't known of crowdSPRING and I guess websites like this open up the old free pitching debate but to be honest I think it is quite cool. I guess designers will say, "no, a company should pay for a 'professional' logo and they are just exploiting young designers."

Well maybe, but it also gives designers a chance at pitching a logo for a company they may have never had a chance to, free pitch or not. For instance I was thrilled at the chance to throw a concept for one of my favourite websites, I didn't have to but it was a bit of fun... and they offering fairly good prizes too.