Why Australian retail is dead

There has been much discussion of late in the media regarding the decline of physical retail (especially in Australia) and that this coming Christmas may be the last for a lot of struggling retailers. 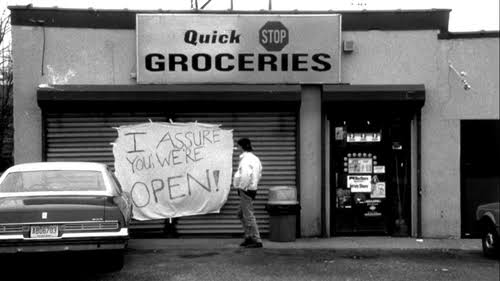 Senior industry people have bemoaned the coming of the online shopping experience and blame it for all their troubles. However I think their arrogance and complacency is the real cause.

Shopping online is great, however personally, I prefer going into a store, physically touching things and putting cold hard cash down on a counter. It is immediate retail therapy. I know I'm not alone, and a recent trip to Japan proved that physical retail still has a place in the world. The online shopping numbers in Japan aren't that high, but their real world offering in places like Shinjuku and Shibuya among others offers so much variety, quantity and value that you don't think about going online. Coupled with an amazing outdoor experience in general including good places to eat, music and market atmosphere which blends into up market and trendy physical retailers, the shopping vibe is great and I doubt too many of the retailers are struggling.

The main thing, however, is the customer service level in places like Japan. I don't care what your buying or from where, the experience you have with a vendor is what you remember. In fact a lot of people like the fact they don't have to deal with people when they shop online.

So here is a little story which for me explains the major reason retail is dying if not dead in Australia.

On Thursday night I put my phone on charge and on Friday morning the phone was completely dead. After trying various things (different battery, etc) I couldn't get the phone to turn on so on Saturday morning I went into my local Vodafone store where I got the phone in the first place. I have always gone there to update contracts etc.

I waited in line to be served and when I got to the counter I explained my situation to the lady at the counter. She validated that the phone was indeed dead and said that it was still covered under warranty and that she could book it in with Samsung however that the store had no loan phones and it could take at least 10 days for the repairs. I said to her that I couldn't afford to be without a phone for so long and asked if there were ANY other options available to me. She didn't respond. I asked her if perhaps something could be organised in relation to starting up another contract and getting a new phone right away. At this point I had lost all my data as I couldn't turn the phone on, so it wasn't ideal, but it would have to do.

She said yes, however I would have to pay out my contract which still had 2 months on it. I asked that considering the circumstances and that there was so little time left on the contract that perhaps the fee could be waved?

She said that she was giving me ALL the retail options and that I would have to call Vodafone if I thought I deserved not to pay out the contract. This confused me as I was in a Vodafone store? I reminded her that customers don't differentiate between internal departs. She was clearly agitated with me asking so many questions and in an attempt to hurry me up she told the people in line behind me that they wouldn't be waiting much longer. This annoyed me as I had also waited in the line and it was my turn now.

Considering I now had to talk with someone with more "authority" I asked if she would make the phone call for me and explain the situation, I assumed staff had some sort of direct line to someone for these situations. She said yes, dialed the number and handed me the phone and told me to go sit down. As I walked over to the seats I wondered if this was "that extra mile" that the customer service posters in the store were referring too.

I found myself in the generic customer call queue which I found annoying. When I finally got through to someone and explained who I was and what I was calling about they told me I wasn't connected to the right department. This was ridiculous! She put me through to more hold music and then I was put onto someone else and had to re-explain everything and go through all the security questions again. She told me there was nothing she could do, when I explained that that seemed unlikely she said she would talk to her supervisor. When she came back she told me that they were willing to offer me $50 off the contract upgrade fee and they had put a note on my account to say so. I insisted that that was crazy, and not worth spending all this time on the phone just for that. She told me that she could put me through to her supervisor... I declined, it was ridiculous, how many people would I have to explain the situation to and I had still not been offered any solutions of any kind to my problem from any of the people I had spoken to.

I told her that I would be paying out my contract and then going elsewhere to get a new phone. After 10 years with Vodafone, I was appalled by the lack of interest in trying to solve the problem I was in and the fact that I was willing to lock myself into another long term contract if they'd just wave a silly fee considering the situation. This was the ONLY solution that had been thought of thus far, and it had come from me rather than the staff.

I hung up and went back to the counter with the intention of paying out my contract and cancelling my ties with Vodafone. This time a young man was serving me, I explained my situation and that I had been in the store for way too long and just wanted to cancel everything and get out of there so I could go elsewhere for a phone.

He looked at my phone and told me to hang on, he explained that they have a swap policy and provided that they had another phone like that in the store, he would do a straight swap and I could leave without altering my contract in any way. I was amazed and asked why the other store lady hadn't just said so an hour and a half earlier. He clearly didn't want to answer that question. He got me a new phone, reassured me there were no catches, waiting and helped me get the phone back up and running and also helped me test that the network was all working.

I'm sure he was the least senior person I spoke to the whole time and he was the only staff member to show some initiative and concern about a loyal customer. I contacted Vodafone and explained the situation and really hope that something can be done to reward him.

I have worked in the retail sector myself and I was sick of hearing senior management complain about the state of Australian retail. Retail in this country is failing because of stories like this. Policies which dis-empower staff and having customers sit in a store while talking to overseas call-centres is absolutely ludicrous. In the end I was surprised and pleased that someone didn't think they were too good for their job and actually wanted to help me out.

Maybe I'm simplifying things but I do believe that there are people who will pay a few bucks more if the stores stock enough goods and treat people with some respect. People are not shopping only solely because they can get things cheaper, in the case of Australian retail, people are shopping online to get things no one in Australia even stocks and for some reason are then getting a better customer experience from a website than a human being!